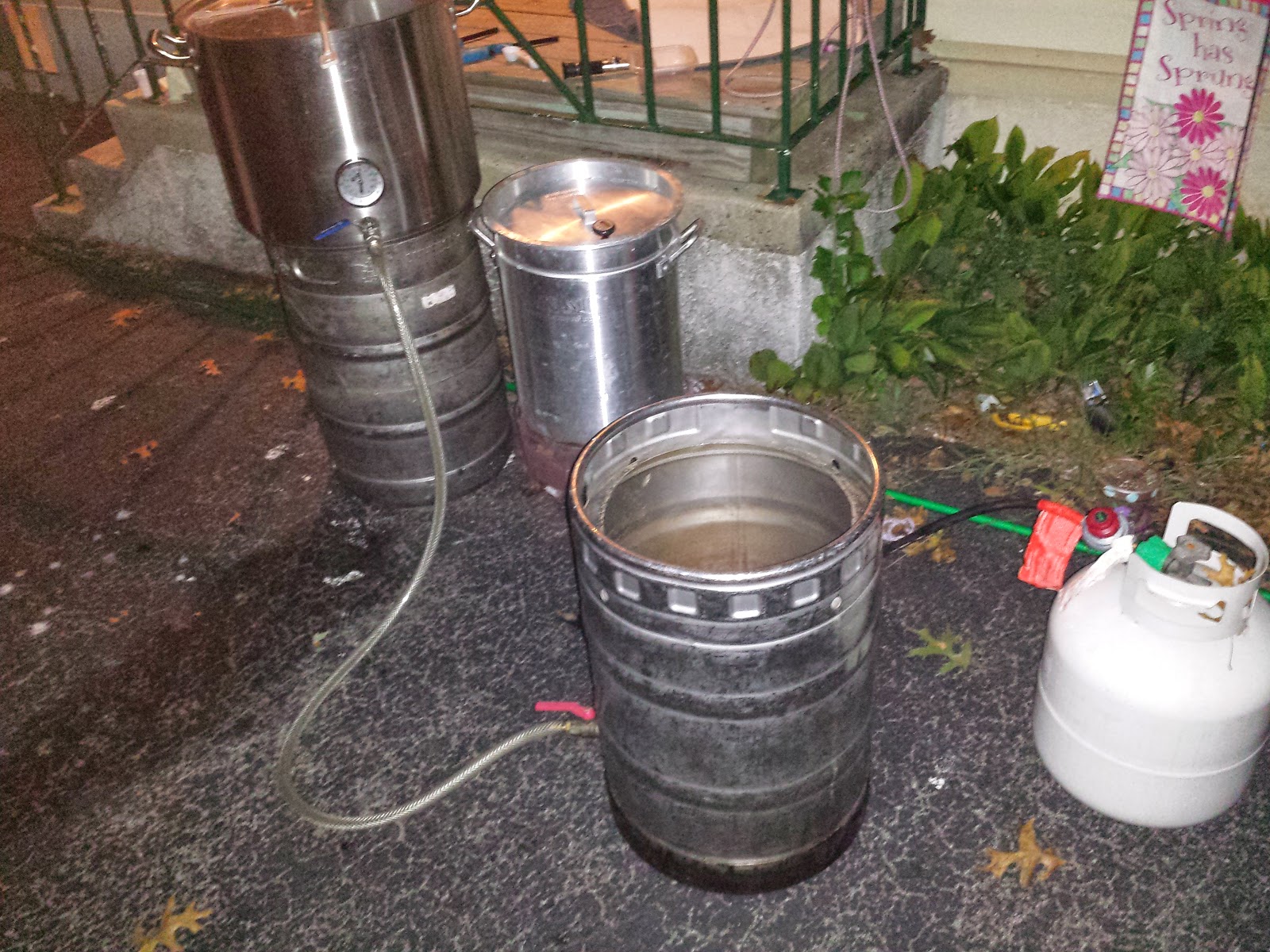 With a major beer fest coming up, I wanted to take something of my own for the VIP tasting that opens the event, the theme of the VIP portion is 'wild beers'.  I took the Saison that I had brewed earlier in the summer, scaled it down a few points, then fermented it 100% with brettanomyces bruxellensis trois.  For hops, I stuck with Styrian Goldings, to keep traditional, but focused on late hop additions.
I wish that I could share the smell of the starter, but the internet hasn't gotten there yet, it was like fresh pears and melon.  The beer chugged away pretty nicely.  I was worried that there may be some bad lag because of using all Brett., but with a healthy starter the yeast got going pretty easily.
I brewed the batch at home, because we were just going to do this as a one-off for the event.  If the beer works out, this might have a chance to be rebrewed.
I'm waiting, with some excitement, to pour my first recipe under the brewery.  I have been sharing some in the tasting room, with very good response.

As for progress on the expansion, we're still shopping for locations.  The aim is to stay close to the area, as we've got some very loyal supporters.  Shopping for locations sucks.  We've found a  few places that look good, but would have issues or someone beat us to the punch.  That's our big limiting factor now, and there is no point in ordering a bigger system for the current space only to have to move it in a few months.

Had some empty fermenters and kegs, so I wanted to knock out some beer to fill that up, so I brewed 12 gallons of Ordinary Bitter.
With my weekends being eaten up, I've brewed my last few beers late into the evening.  With some iffy weather, and limited time to brew, I took a shot at brewing inside.  It took some maneuvering, but I was able to make a nice spot.  It worked out, because half way through the brew it started to rain.  This is a three season room, but might serve as a place to brew when we get crushed with snow this winter, still cold but at least dry.  The biggest complaint that I had was not being able to dump on the floor and just spray it down, like I would in the driveway.  If i keep this up I might want to get some protection for the window sills, from the heat, and maybe the ceiling as well.

Oh and this sucks...
Posted by Barefoot Lion Brewing at 4:33 PM